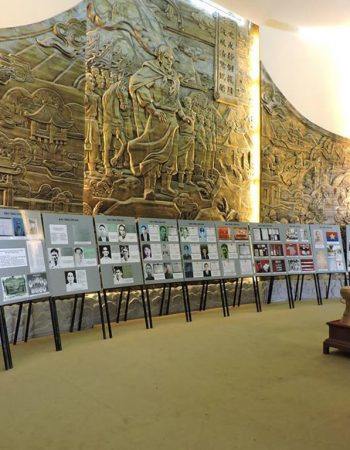 Da Nang Museum was established in 1989. Located in Thanh Dien Hai campus. A place to keep memorabilia, recreating and generalizing the history, culture and people of Da Nang from the very beginning until becoming the busiest economic zone in Central Vietnam.

Overview of Danang city.
Da Nang during wartime and culture through periods.
Introduction to Sa Huynh archeology and culture
The second floor: Danang thematic display in the years of glorious resistance.

This museum is not only a place to preserve and honor cultural and ethnic values ​​but also an address to help the people of the city and tourists to better understand the history of formation, development and struggle of the city. .

Data
Da Nang Museum currently holds more than 13,000 documents and artifacts are pottery with the age of 2,000 – 3,000 years belonging to Sa Huynh culture. Documents and exhibits of the Communist Party of Vietnam against the French and Americans of the army and people of Quang Nam – Da Nang such as guns, bullets, bombs, chemicals; artifacts of ethnic minorities in the mountains of Quang Nam – Da Nang.