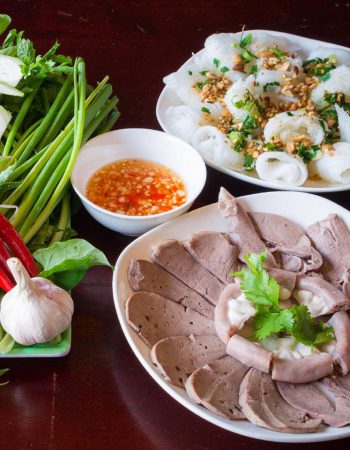 This is the second Thien Ly restaurant. The same with sister, Danang-style serve authentic Vietnamese cuisine with foods from Mekong Delta and Ho Chi Minh city.

​In our concept, we also focus on the cheap-eats segment, English-speaking staffs, clean and quiet.

Banh Xeo which is named for the loud sizzling sound it makes when the rice batter is poured into the hot skillet is a Vietnamese savory Fried Pancake made of Rice Flour, Water, Turmeric Powder. It is stuffed with individual preferences and served vegetarian or with meat. Some common stuffings include Pork, Shrimp, diced Green Onion, Mung Bean, and Bean Sprouts.

Pho is popular street food in Vietnam and the specialty of a number of restaurant chains around the world. Pho originated in the early 20th century in northern Vietnam and was popularized throughout the rest of the world by refugees after the Vietnam War. The Hanoi and Saigon-style of Pho differ by noodle width, the sweetness of broth, and choice of herbs.

Bun Bo Nam Bo (also called Stir-Fried Meat with Citronella and Chili) is different from other Vietnamese noodles. It does not use Broth but is a simple combination of Onion, Raw Vegetables, Citronella, Papaya, and Peanuts. It is served with Sweet Fish Sauce. In France, chefs made “Le Bò Bún” by adding Spring Rolls into Bun Bo Nam Bo.

Thien Ly is an only Vietnamese restaurant brand in Da Nang serve food for many different dietaries such as Vegan, Pesco/Ovo Vegetarian, Halal, and Gluten-Free.