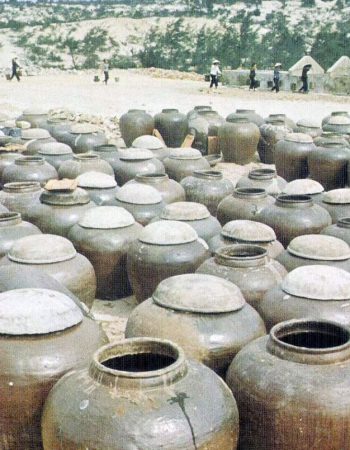 Nam O fish sauce making industry in Da Nang is one of the few traditional fish sauce villages that exist in the country and has just been included in the National Intangible Cultural Heritage List.

The Ministry of Culture, Sports and Tourism has just announced the Nam O Fish Sauce Profession in Da Nang, on the National Intangible Cultural Heritage List.

In order to be included in the list of intangible cultural heritage, the following criteria must be met:

Nam O fish sauce is famous from near and far by the salty taste of the Central region with the secret of making 3 fish and 1 salt fish separately.

There are more than 100 households engaged in making Nam O fish sauce. Each year this village provides domestic and foreign markets more than 50 thousand liters of fish sauce.

One of the characteristics of Nam O fish sauce is a completely handmade sauce. And the fish sauce made is brewed for a year to refine the best type of sauce.

With Nam O fish sauce, the main raw material for processing fish sauce is from anchovy. Fishermen caught in the beginning of the third lunar month.

This time anchovy integrated the most protein, fish sauce will choose the size medium. Fish are often not washed with fresh water to avoid fish rotting quickly, losing appetite.

Fish are salted in jackfruit wooden jars, inserting a layer of grit at the bottom of the jars. Each jar of salt from 200-300 kg of fish. After a year for the finished product about 100-150 liters of fish sauce.